Malaysia is among the best destinations to offer a plethora of edible food. It holds a special place in the hearts of both locals and foreigners alike!

However, despite a high rate of people eating out, a common dilemma occurs in many eateries around the country.

It’s not uncommon to see a coffee shop or food stall cordoned off with yellow tape and closed temporarily due to poor hygiene in the shop or issues such as rat infestation, findings of rat feces, and overall dirtiness.

Neither is it uncommon to hear the occasional food poisoning story from a family member or friend.

So, the question is, are Malaysian eateries having difficulty in maintaining hygiene? And if so, then why?

The viral video of Raj’s Banana Leaf’s employees washing dishes in puddle water, lead to its shut down.  Subsequently, five other restaurants in Petaling Jaya also shut down due to unhygienic practices. Similar accounts of eateries shutting down were observed in other states as well.

Despite the maintenance of hygiene being a pivotal requirement in the service of eateries, negligence of proper, hygienic practices by restaurants has been occurring annually. 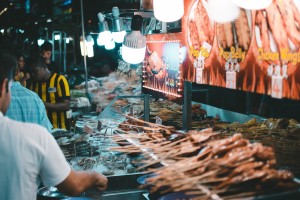 What are restaurant operators not doing right?

99.5% of foreign workers who were tested by researchers were found to be carrying microbes. These microbes could cause food poisoning and even death.  Moreover, a small percentage of them even harbored antibiotic-resistant bacteria.

Another recent article from the Star reported that a total of 136 people were checked if they were given typhoid jabs. Out of 94 foreigners, the majority of them fulfilled this requirement  Instead, it was a majority of the locals who did not get the typhoid jabs.

This causes an increase in the likelihood of susceptibility to bacteria deposited in water or food carried by cooks and waiters. Hence, increasing the risk of patrons contracting typhoid fever.

Major contributors for the shutting down of eateries include dirty cooking utensils and premises, as well as unhygienic practices. 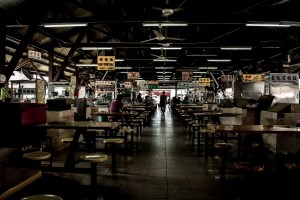 [restrict]
Restaurant operators need to understand the importance of maintaining a clean premise. Failure to do so poses a health and safety risk on both customers and employees alike. The following are four key areas restaurant operators ought to look after:

The exists a variety of possible contaminants in the kitchen area. This is because it is accessible to cooks, servers, bussers, and even cashiers. Thoroughly and frequently clean utensils, chopping boards, etc.

The dining and eating area, however, is typically the first area patrons see when they walk into a restaurant. As such, keeping it clean is a must since it maintains the overall appearance of the establishment.

Regular cleaning and maintenance of dry floors are important to ensure the safety of patrons and their satisfaction.

Frequently clean restrooms, if possible within every hour. Employees and visitors share this space. For this very reason, it is vulnerable to the spreading of bacteria and diseases.

What are some examples of eateries in the country with a reputation for hygienic practices? 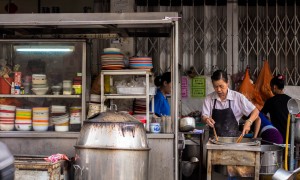 Apart from Malaysia, among the foreign countries, Canada is reputed to be one of the countries with the safest foods and most hygienic eateries.

Canada’s eateries strictly comply to the Hazard Analysis and Critical Control Points (HACCP) system which comprises of 7 principles, for a systematic preventive approach to food safety. 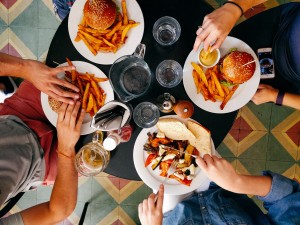 Many Canadian eateries also follow some of the best practices for maintaining hygiene, such as:

a) Wearing of gloves

Operators of Malaysian eateries have to ensure that personal hygiene of food handlers are always up to par. They should conduct research on the best hygiene practices in other countries to improve their quality of service.

Actionable Takeaway:
Restaurant and cafe operators should strive for achieving A grading in terms of hygiene standards.

Retaurant operators should train employees to apply the best hygiene practices. Operators  should also provide necessary essentials and tools such as sanitizers, soaps,etc.

Access all SKALE Features, designed for your growing business