Why Hindi Matters in the Digital Age – Think With Google

India’s largest print-media company, DB Corp Ltd. and 57-year-old retiree and food blogger Nisha Madhulika share a common thread to their successes: doing their digital content in Hindi. With nearly 500M Hindi speakers in India and around the world, businesses that invest in Hindi content today stand to gain a whole new set of consumers tomorrow.

“While strategizing the roadmap for DB Corp five years back, we mapped Indian consumers as 400M Hindi speakers and 70M English speakers. Needless to say, we were convinced that the mass of India speaks Hindi,” shares Gyan Gupta, CEO of DB Digital. Today, bhaskar.com—operated by DB Digital—is the largest Hindi news site in India and the third-largest media site in the country. For Madhulika, starting a Hindi food blog in 2010 was simply a way to pass time. Today, she is a YouTube chef, and her channel has more than 380,000 subscribers.

Both DB Corp and Madhulika are early adopters of Hindi as the main language for their online content—and both have benefited from it. It may also be the time for your business to start thinking about developing digital content in Hindi, if you haven’t done so already. As Gupta puts it, “We are at an inflection point. In another six months, local language will dominate online.”

DB Corp’s observation is backed by plenty of statistics: More than 41% of India’s 1.25B population uses Hindi, the official national language, as their primary language. The percentage of Hindi-only Internet users is also soaring, especially in rural India, where some 134M Internet and 87M mobile-Internet active users are based.

Thanks to the increasing use of smartphones in rural areas, the number of local-language Internet users is rapidly growing at 47% year over year. This growing group of users is hungry for information, entertainment, and engagement in their own language, and their appetite for digital content signals an exciting potential—one that allows brands to reach out to a whole new audience.

“Local languages are a high priority for well-established businesses in the country. They look at local language engagement as a driver to multiply their total addressable markets in the rural base, after covering the urban target audience,” reports the Internet and Mobile Association of India (IAMAI). And as the case of DB Corp has demonstrated, the early movers are already seeing the results of their efforts.

Yet there remains a gap between demand and supply. While there are 260M native Hindi-language speakers, only about 0.04% of websites are in Hindi. This is in stark contrast to English, which is spoken by 335M people around the world but is used on 54.1% of websites. The discrepancy becomes even more distinct when you add other Indic languages to the mix: there are 727.6M native speakers of various Indic languages (namely Bengali, Hindi, Marathi, Tamil, Telugu and Urdu)3 while less than 0.1% of the world’s websites are created in those languages. With that in mind, it’s not surprising that the IAMAI reports that nearly half of the nation’s active Internet users are local-language users. Moreover, Hindi search queries have tripled from 2012 to 2015,5 while the search term “समाचार” (Hindi for “news”) has more than doubled between 2013 and 2015, further indicating that the desire for local-language content is in fact growing.

Archana Gangwar, Hindi poet and active member of many blogger groups, poet communities, and literary groups, is a masterful user of the Hindi language. But even she has her fair share of communication gaffes. She shares, “Once, while chatting with my would-be daughter-in-law online, I mentioned that she writes in a restrictive style ‘sadhi’ but she read it as ‘sadi,’ which means rotten. For days, she kept thinking that I feel her writing style is rotten until my son clarified for her!”

Indeed, the ancient language, which can be traced as far back as the early 11th century, is beautiful as a script, but poses an obstacle for creating, searching, and accessing digital Hindi content. Even Gupta, who has an in-house team of 300 members tasked with creating Hindi content for bhaskar.com, admits, “The input mechanism for Hindi is pretty painful!”

The Hindi alphabet is composed of 12 vowels and 36 consonants, and it’s been a challenge for developers to figure out what the most popular or frequently used conjunctions are. Then there’s the task of fitting everything into smaller screens without requiring people to flip too frequently between keyboard pages. Richa Singh Chitranshi, Program Manager of Internationalization at Google, adds “To type in Hindi, or in any other Indic language, the whole phone’s settings had to be in that language. Many people didn’t want to swap their interface language settings for two reasons: Either they’re comfortable with the English OS or fear that others might think they can’t read English, which is a set back to their image. It was hard to get anyone to type in Hindi. To address this, we’ve fine-tuned the devices so people can now install and type in Hindi while keeping their phone settings in English.”

Another challenge is the lack of a standardized set of phonetic translations, making it difficult to input Hindi characters on a QWERTY keyboard. Because of the desire for Hindi digital content, developers at Google have created solutions for greater ease of character input, including an improved Indic keyboard that was launched last month. “A significant portion of the population are more comfortable reading in their native language, be it in Hindi, Bengali, Punjabi, or otherwise. We wanted to enable users to write to their friends, families, and loved ones in their own language,” said Linda Lin, Product Manager for Input Methods at Google, and a key member of the Indic-keyboard development team. To make content even more readable, and thus accessible, the team also developed a series of Google Fonts (called “Noto”) which includes the Indic languages.

For high-usage purposes, such as writing poetry or blogging, the transliteration mode of Google’s Indic input on mobile and Input Tools on Chrome desktop are very useful. Gangwar says, “I’m always online and can now post the content on my Facebook and Shabdnagri accounts directly. I face no issues at all—I can input even complex words in the same speed as English now. Initially it was hard to type complex words, but with the new update, it’s become much simpler.”  She continues, “This is very useful for poets when trying to reduce the effort and increase the typing pace. The tool acts as my assistant, and the tougher part of adding diacritics in the complex script is efficiently taken care of by the tool.”

Technical difficulties and consumer preferences aside, there lies another resistance to embracing Hindi content: the wide fragmentation of languages within India. With 14 other official languages including Assamese, Bengali, Gujarati, Kannada, Kashmiri, Malayalam, Marathi, Oriya, Punjabi, Sanskrit, Sindhi, Tamil, Telugu, and Urdu, catering to native speakers of every tongue becomes too resource-intensive for most businesses. And because India has the world’s second-largest English-speaking population, companies already have some 125M English-speaking consumers—sizeable by any standards—to create content for, giving them less incentive to expand their reach.

Dr Peter Friedlander, Senior Lecturer in Hindi-Urdu at Australia National University’s College of Asia and the Pacific, also points out that, even though the local languages are preferred in everyday interactions among friends and family, English is still perceived as a “high-class” language. “From Indian TV, cinema and news media,” says Dr. Friedlander, “you can see that people use many languages at once, depending on who they are speaking to and what they are talking about. When speaking to strangers with status in the 19th century, they often chose to speak in a form of Hindi which was heavily influenced by Farsi, which was once the high status language of northern India. Now, people use English in such contexts.”

For this reason, only 3% of digital advertisements are in local languages (Even Gupta, backed by an established company, initially found himself facing scepticism from advertisers.) However, due to a projected exponential increase in local-language content, this figure is expected to reach 30% of digital advertising by 2020. In turn, with more local-language content, the number of Internet users in India is projected to increase by 39%—of which 75% will be propelled by development in the rural areas.

The potential to reach 500M Hindi-language users is exciting for businesses entertaining India’s marketplace. Especially for established businesses, local-language engagement means possibly multiplying the total addressable market in the rural base. This is not only the case for large international corporations, but also for local small and medium businesses, and even enterprising individuals.

As the next wave of people come online for the first time, they’re not going to be coming online in English. And out of those new Internet users, hundreds of millions of them will be Hindi speakers.

Nisha Madhulika started her Hindi recipe blog in 2010 without great ambitions: “Frankly,” she recounts, “I didn’t expect a lot of response because the discovery of local language content on Google was more difficult than it is now. Surprisingly, I got a very good response. Information about my website spread through word of mouth, and I got a lot of visitors through search too. Today, a bulk of my visitors come from Google Search, so I can say that the situation has changed a lot. As local languages become stronger on the Internet, I expect it will get better and better. I monetize both my YouTube channel and my website with Google AdSense. It’s an old relationship now, and I really value the professionalism and value that AdSense provides. The most important thing for me is the fact that AdSense respects the content I create and doesn’t try to overlap it or introduce disruptive elements on the page.”

As Caesar Sengupta, Vice President of Product Management at Google, aptly puts it: “As the next wave of people come online for the first time, they’re not going to be coming online in English. And out of those new Internet users, hundreds of millions of them will be Hindi speakers. We know at Google that we need to provide a great experience in Hindi across all of our products, from making the software UI work well in Hindi to letting people easily input Hindi script on smartphone keyboards. And we’re hoping that Hindi creators and developers use our platforms like YouTube and Google Play to provide great Hindi content and apps to the whole world.”

Whether it is a consumer message or a marketing campaign that you wish to promote in India, Nepal, or anywhere else in the world where Hindi speakers live, a Hindi website will open your world to these untapped markets. And with 500M Hindi speakers around the world, your Hindi digital platform just might be your most powerful communications tool yet.

This article was contributed by Amelia Walkley and Jatin Nagpal  from Think With Google.

Think with Google shares and publishes the latest data, analysis, insights and digital innovations for marketers to stay informed and inspired. From high-level insights to deck-ready stats to useful tools, you will find the data Google is exploring and the trends they’re tracking along with forward-looking perspectives and behind-the-scenes looks at digital campaigns—across industries, platforms, and audiences.

For years, FMCG brands have been trying to crack the customer data riddle to develop a deep understanding of their customers and enable the 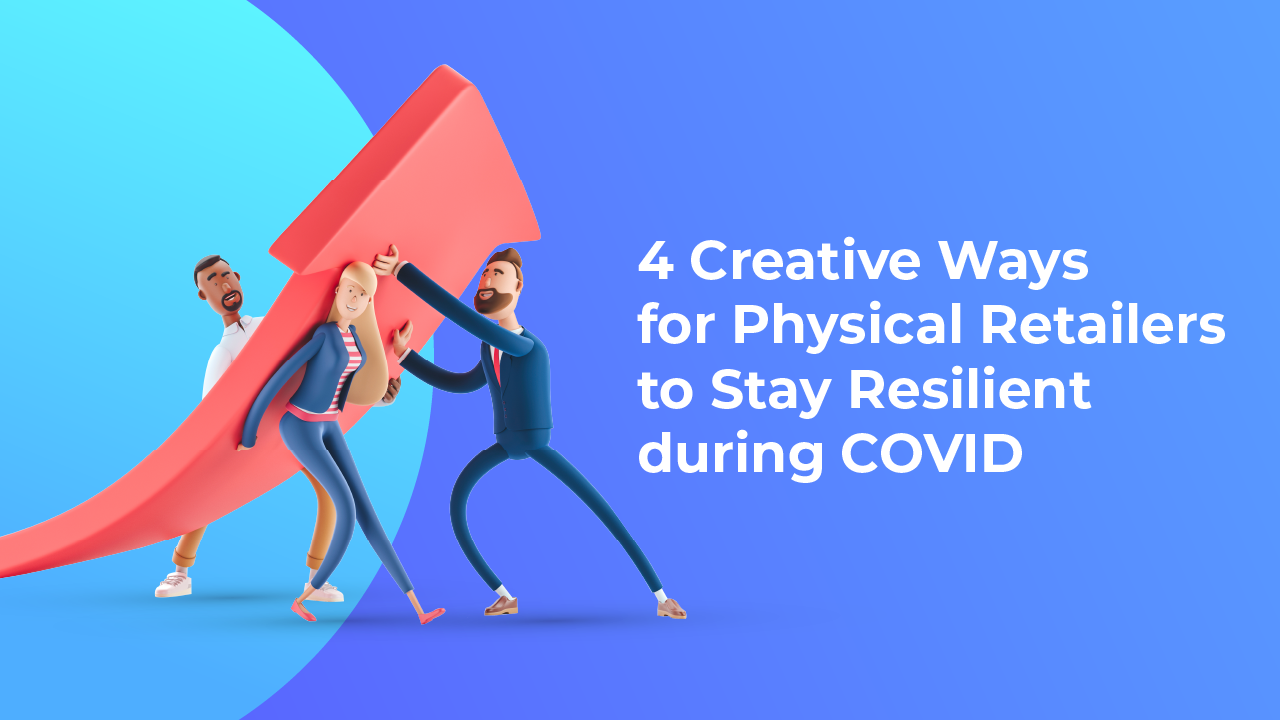 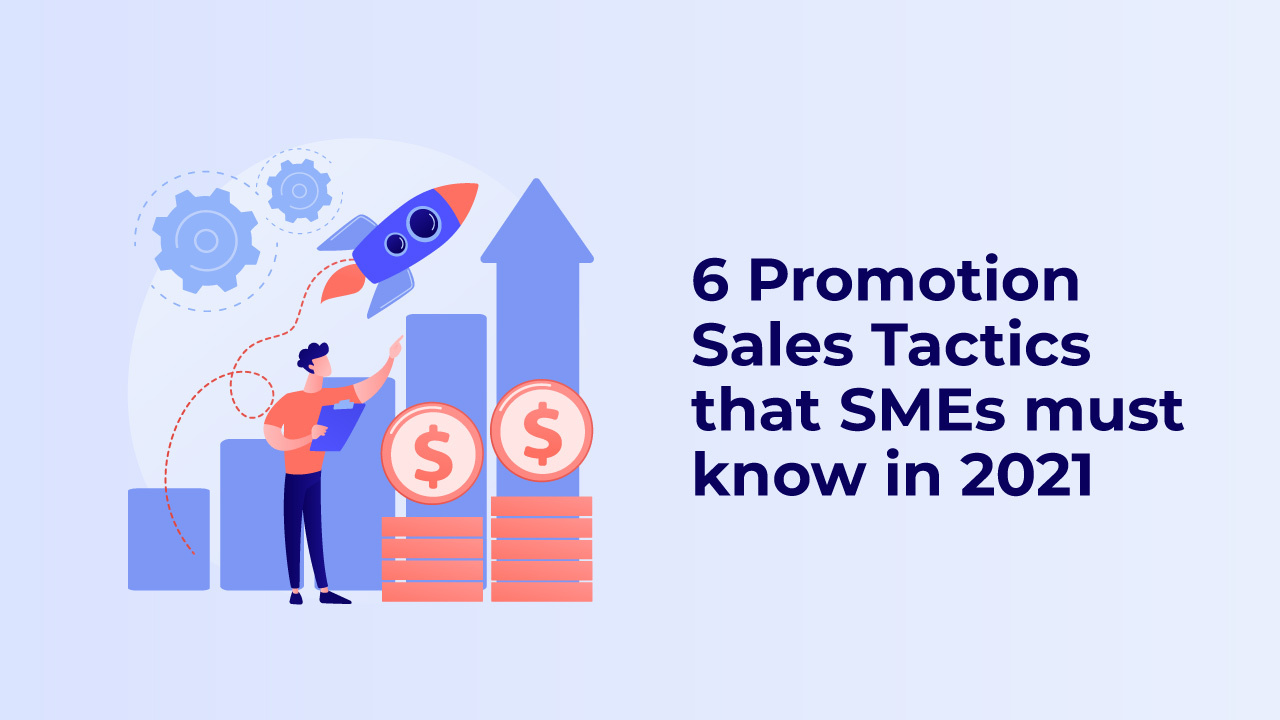 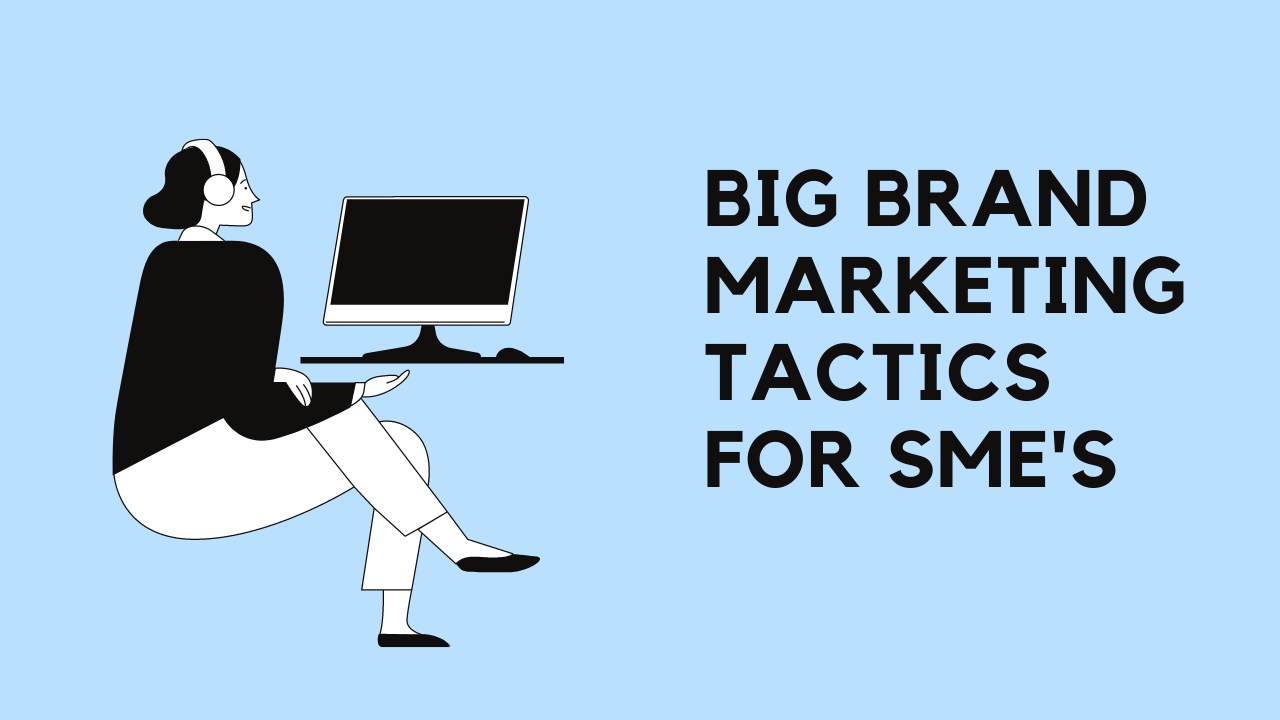 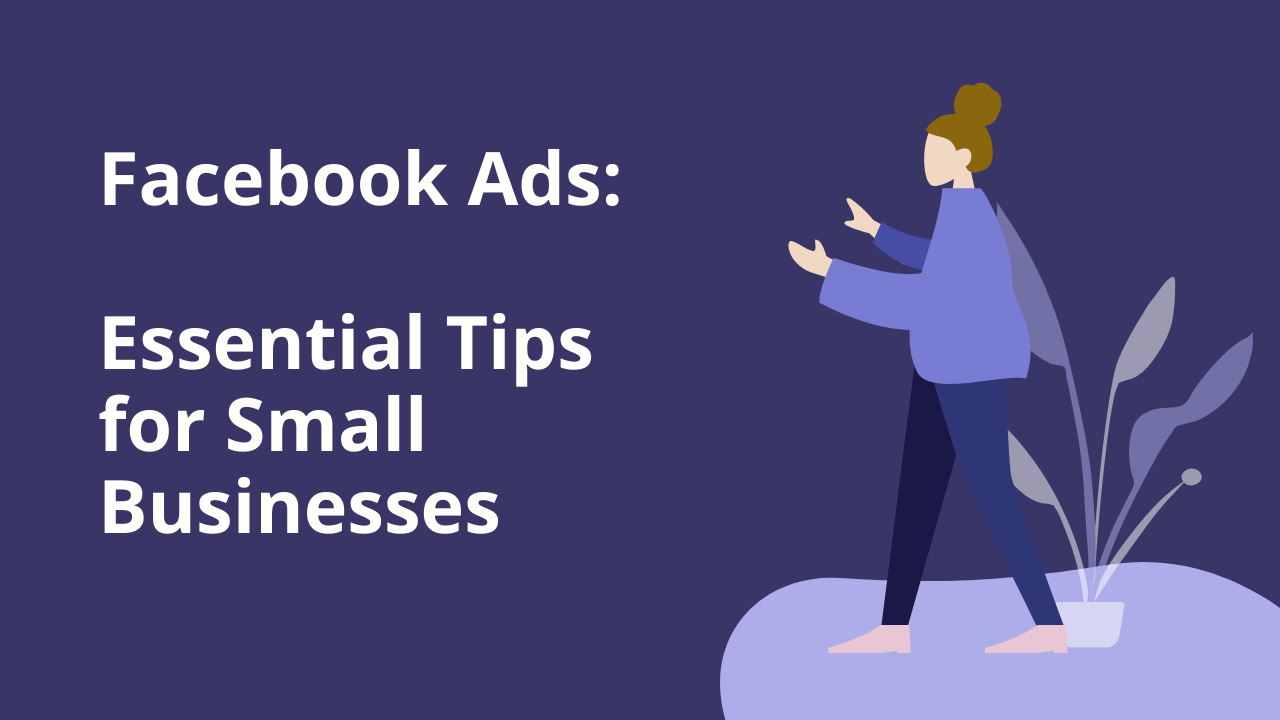